Since 2001, the amazing success of the spirulina farm in Koudougou has led to the development of other farms in Burkina Faso thanks to numerous NGOs, as well as the involvement of the Burkinabe government in a large project, called “Spirulina Nayalgué Project”, in collaboration with the diocese of Koudougou and the French NGO TECHNAP .
Its objectives are the improvement of health in Burkina Faso, in particular the fight against malnutrition and the assistance to people with HIV/AIDS.
The “Nayalgué” project means “that which extends” in the Mooré language. This farm has a current area of 1200 m2. It should reach 3600 m2 and produce 8t/year of spirulina. Given the production capacity of the farm, three target groups will eventually benefit from the spirulina produced there:
group 1: children under five years of age suffering from severe malnutrition and taken care of in the CRENs (16,600 malnourished children treated/year – 25% of production);
group 2: people living with HIV (2,000 patients treated per year – 20% of production);
group 3: within the general population, any person concerned with improving their health (44,000 people per year – 55% of production).
The farm produced 3.1 tons of spirulina in 2007. The social distributions have started without reaching their full capacity yet.
It is finally a humanitarian enterprise, which was born in Burkina Faso:
By “enterprise”, we mean a production unit placed under the control of a manager with a team of professional operators, the products of the enterprise allowing the self-financing of the production.
By “humanitarian vocation”, we understand that the objective of the farm is to make spirulina available to the inhabitants of the country, even for the poorest.
Come and visit 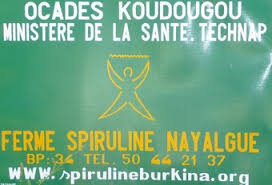 We are certified organic

Concerned about the health and well-being of our consumers, our commitment invites us to the cuture of excellence in everyday life. As a result, the spirulina from the Nayalgué farm is recognized as organic spirulina. 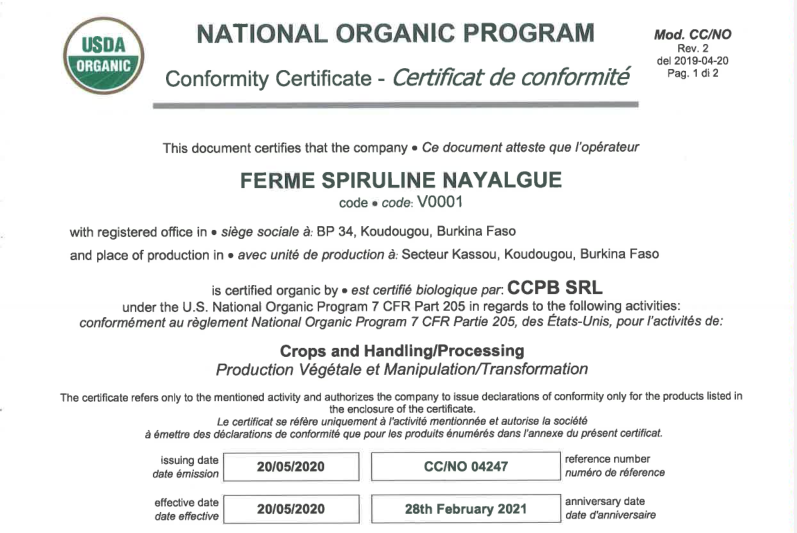 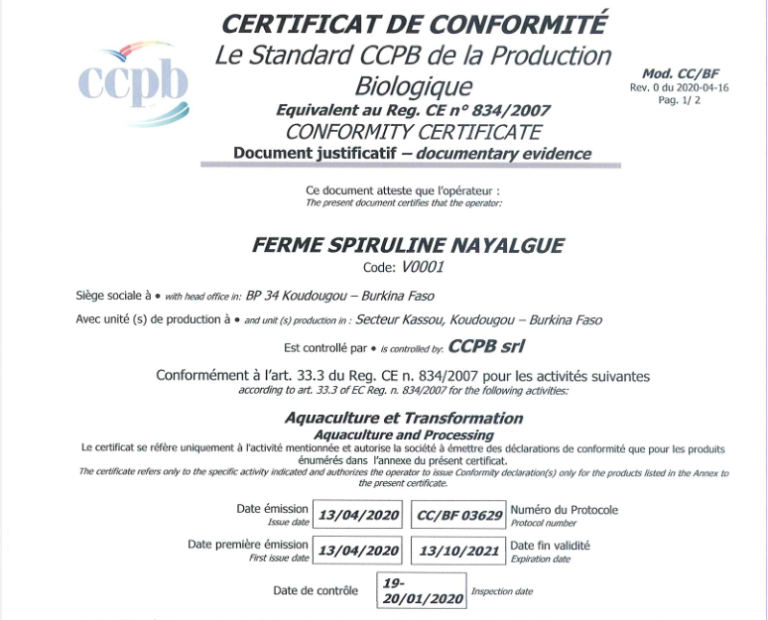 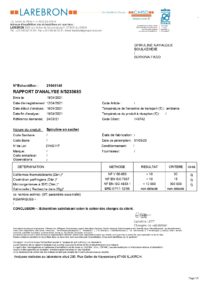 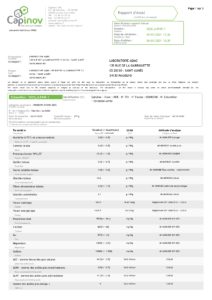 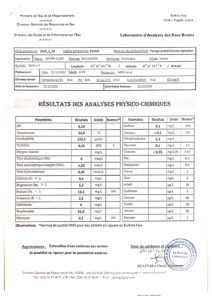 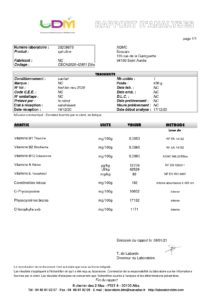 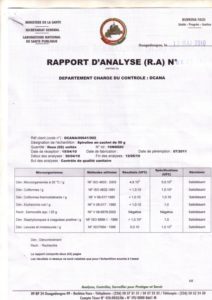 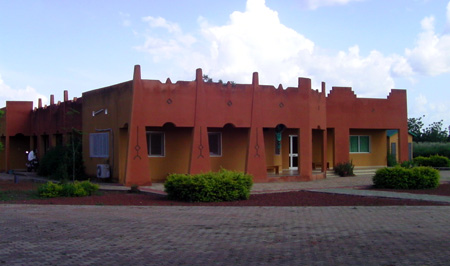 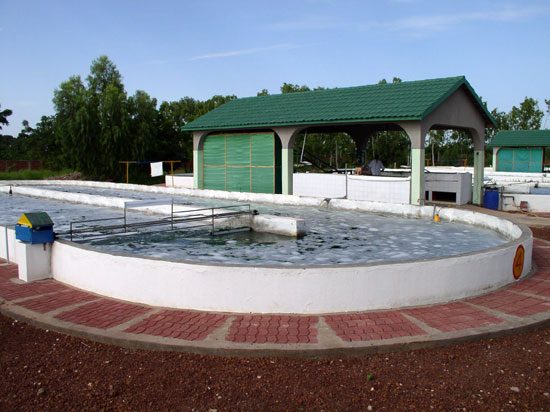 Are made of reinforced concrete with a waterproofing coating called Cicalite, here under construction.
A slight slope towards the middle of the basin to the central gutter allows the emptying and the collection of the sludge.

They are located between 2 basins of 200 m2. A 5 m3/hour flow pump allows, in a few hours, to collect half of the pond. The water passes through a pre-filter and then into an inclined filtration tray supporting “box” fabrics, the clear water returns to the pond. The spirulina is pressed and extruded under a screen. It is then placed on drying racks. 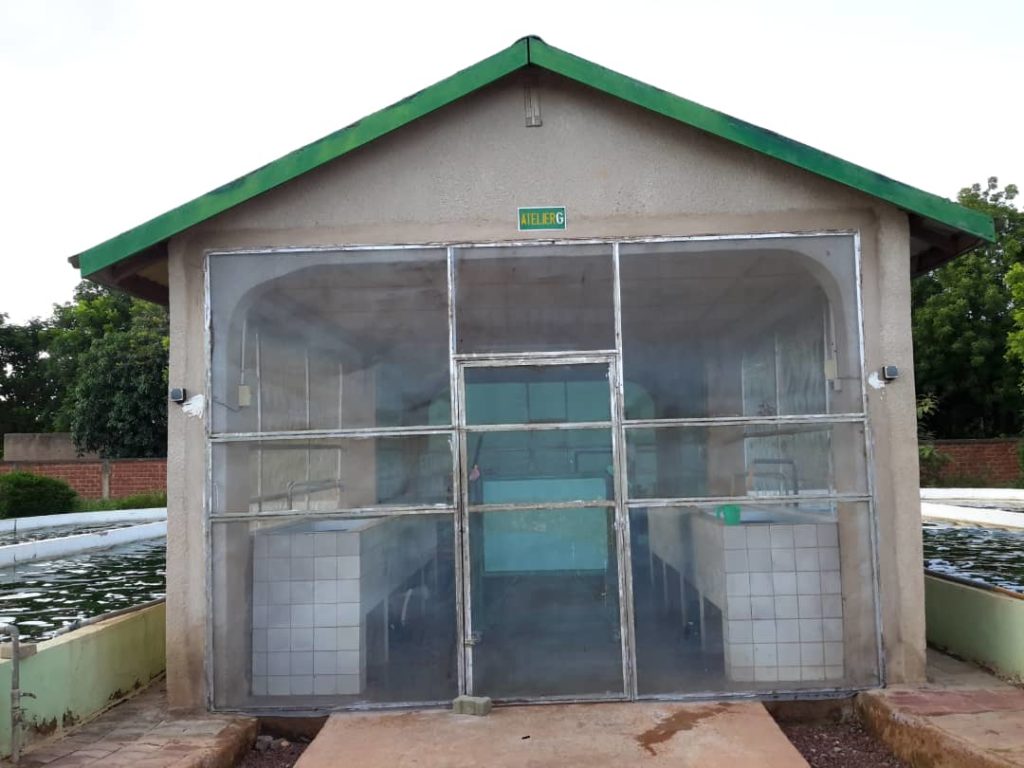 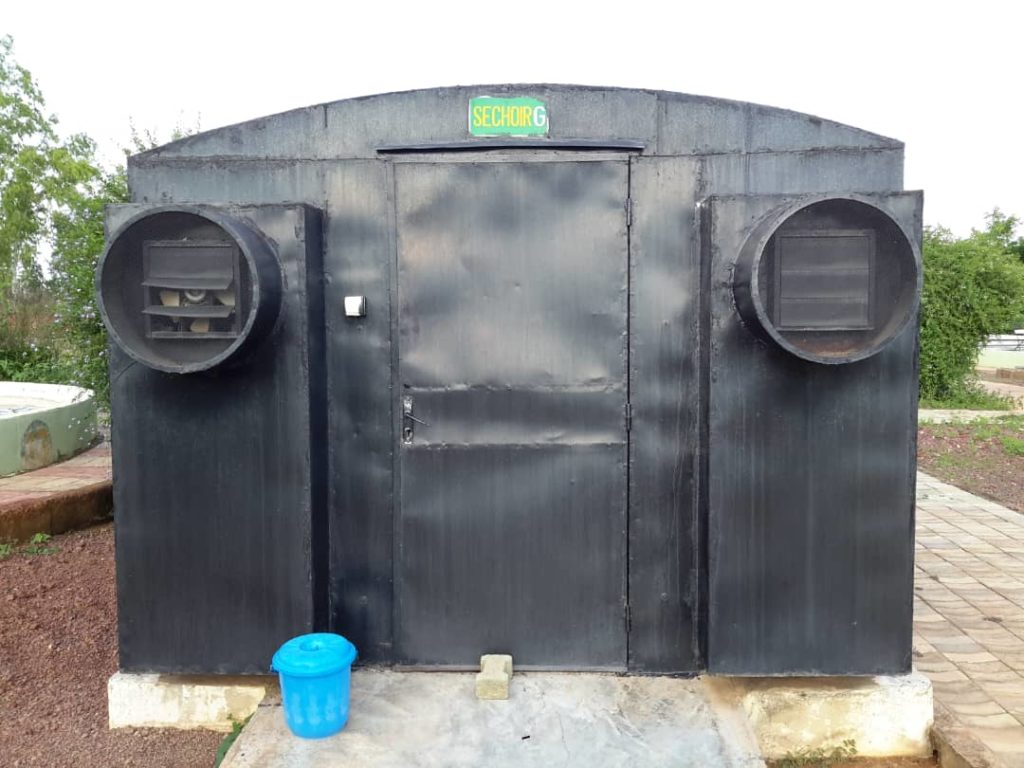 The dryers are small houses of 3mx4m with 4 shutters. Inside, 2 racks support 32 trays each, which means a drying capacity of 72 trays. (50 m2 of drying)

In dry season, the hot air is pushed by 8 x 2 fans. The air flow will be channeled by a heavy curtain on the side and plywood above.

In the rainy season, we use a gas burner whose heat is distributed by the fans.

Once dried, spirulina is stored in airtight containers. It is then packaged in sachets, put into capsules and marketed. 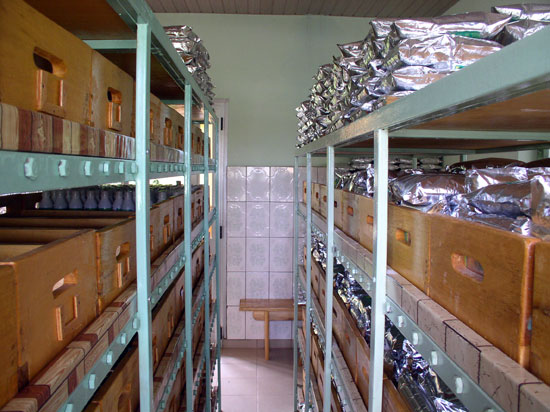 As you can see, with more than 15 years of experience to our credit, spirulina is truly our specialty. 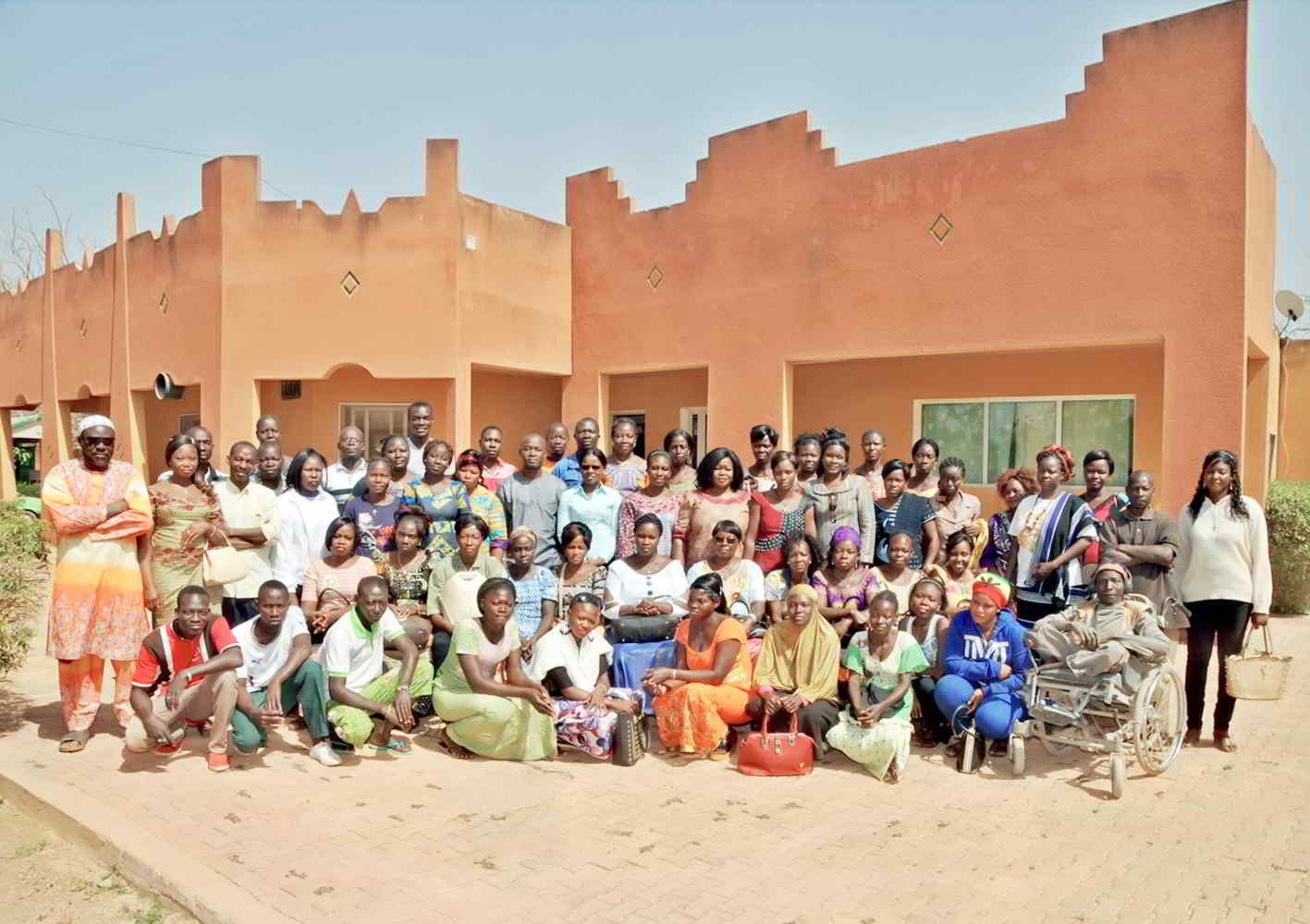 Family photo of the farm staff